By following the usual Brzezinski strategy of using PR, media pressure, and consensus building to generate soft power via political and social channels, the West hoped to metagame the battlefield once again. 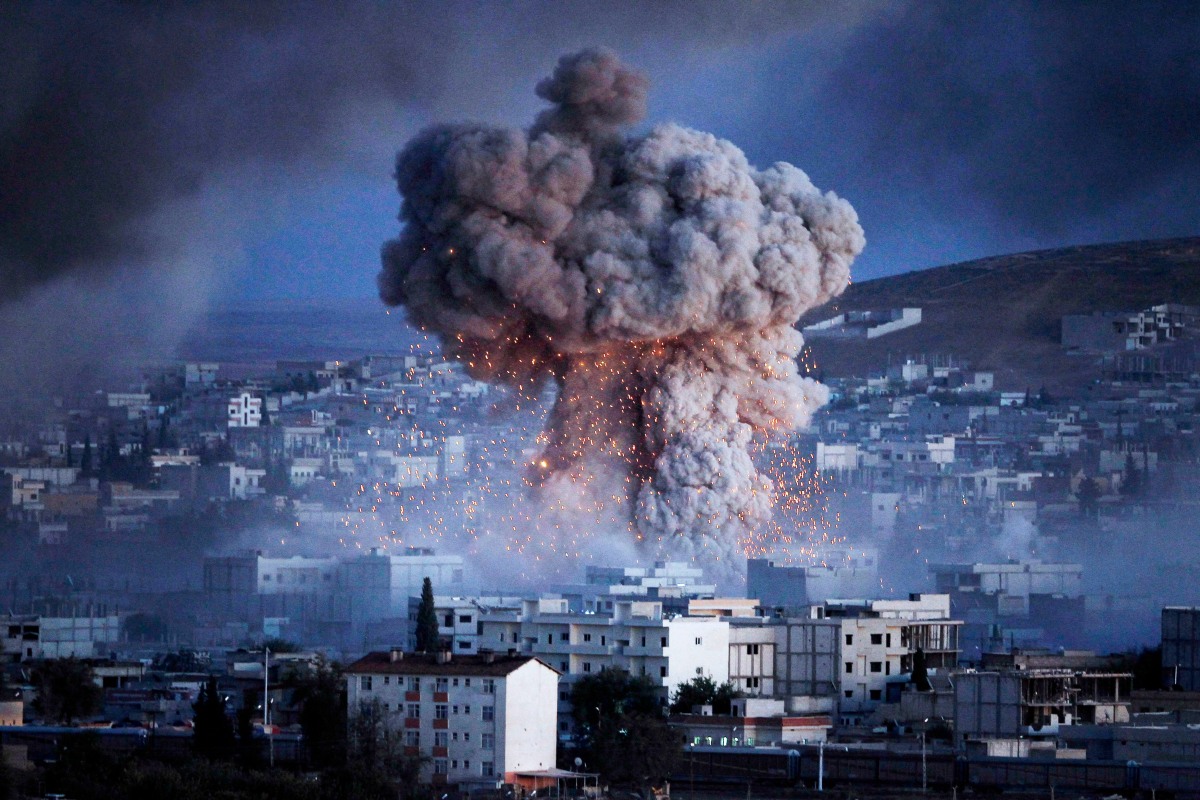 The tenuous ceasefire that began September 12th between US and Russian proxies in Syria has now completely unraveled. On the 17th, an “accidental” US airstrike against a Syrian Army base killed 63 pro-Assad soldiers. Immediately after the strike, ISIS forces entrenched and surrounding the base advanced and attempted to take it. Although the US claims the attack was aborted as soon as they were notified of the error, the Russians countered that the jets left the area only after Russian S-300 anti-aircraft defenses had locked onto them.

WARNING : Russia Issues New “Rules of Engagement” in Syria: Any Aircraft Threatening the Syrian Army WILL BE SHOT DOWN (US/Turkey/Israel in the cross-hairs!)

After only 5 days, the leaders and strategists of the US are pushing the truce to its limits. Although one could argue that the airstrikes may have been a genuine result of a failure to coordinate between the two countries, the US has rejected Russia’s calls for closer cooperation in Syria for months. Immediately after the incident, the Russians issued new rules of engagement regarding the targeting of planes, stating any plane threatening Syrian Army Forces would be shot down.

On Monday, only a couple of days after the accidental airstrike, a UN convoy delivering aid to rural areas was attacked, destroying 18 out of 31 vehicles. The US described it as a Russian airstrike, presumably retaliation for the incident at the Syrian Army base, but the UN has not confirmed this. The Russians deny the accusation, citing a lack of craters on the road and disabled vehicles with their frames still intact as evidence large bombs were not used.

When the Russians denied the US any further plausible deniability for “accidental” airstrikes by redefining the rules of engagement, the Trilateral strategists decided to pin the aid convoy atrocity on the Russians using their tired, old strategy of false flags to obfuscate and manipulate the context of the situation. By following the usual Brzezinski strategy of using PR, media pressure, and consensus building to generate soft power via political and social channels, the West hoped to metagame the battlefield once again. Having no intentions to compromise with the Russians and knowing that the Syrian war, and therefore Syrian war refugee migration, would continue, the Globalists began publicly pooling money to throw at the immigration crisis to prevent refugees from leaving Turkey and entering Europe. George Soros himself gave $500 million out of the total $650 million.

George Soros offers $500 million for refugee crisis. Will it help?

While the billionaires were out shaking their cups, Joe Biden was attending a Council on Foreign Relations meeting where he accused 5 EU states including Germany, France and Italy of going soft on Russia. Despite the fact that sanctions on Russia have damaged European economies and angered business owners, the Globalists are still trying to strengthen their support and reinforce their narrative necessitating sanctions.

Recognizing all of these things for what they were, the Russians and the Assad regime ended the truce the very next day by striking deep into the Syrian Opposition’s command structure on Wednesday.

Several US, Turkish, Saudi, Qatari and British officers were also killed along with the Israeli officers. The foreign officers who were killed in the Aleppo operations room were directing the terrorists’ attacks in Aleppo and Idlib.

If this Iranian news is correct, then the Russians have taken the gloves off and bypassed their proxies to attack their enemies directly. A day after the Russian missile attack on the Aleppo command center, Assad’s forces announced that they would be restarting their campaign to invade and take over Aleppo. The Russian response is clear: they know what the West was trying to do with the UN convoy attack, they consider it an aggressive act, and they won’t let the West negotiate truces and ceasefires in bad faith to gain an advantage or stall.

Which brings us to today’s meetings in New York, which have failed to revive the truce. US Secretary of State John Kerry’s demands that Russia and Assad halt flights over active battle zones fell on deaf ears, and no agreement was reached. The Russians are not willing to give up the small air power advantage facilitated by their radar jamming and anti-aircraft batteries.